But At Least I've Been Sewing 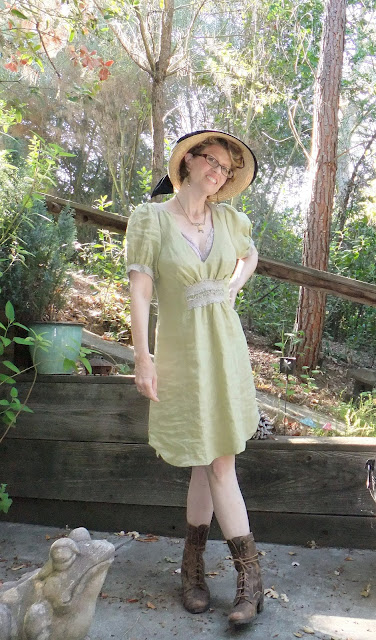 I wouldn't have noticed this pattern at all, except for i saw how the lovely Carolyn made it up in two very different, equally useful iterations. Taking my own advice, i stole her idea and ran with it. 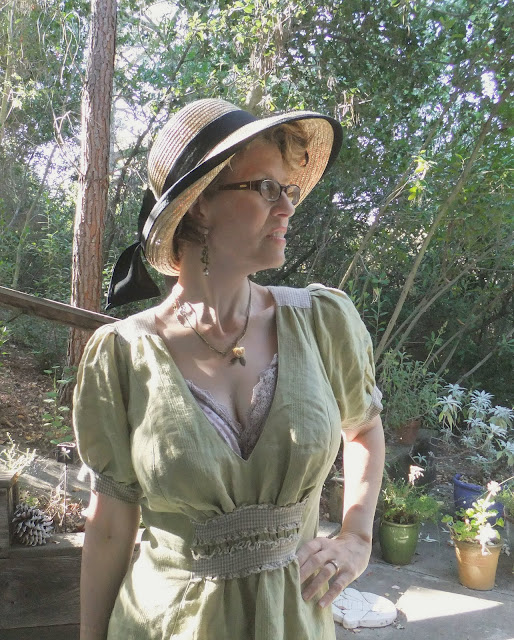 This is the Scarlett O'Hara version (or 'wearable muslin'). The ever-thoughtful D. lets me take a look at the items donated to a local opportunity shop but considered not up to their standards. D. helps the ladies of the shop, and one of her duties is to take these rejects to the Goodwill - with, first, a stop next door to us. I found some great linen fabric and brought it home (all of ten feet!). This fabric had apparently spent a number of years in someone's window, as curtains, and had a couple of bleached-out, window-shaped areas to prove it. 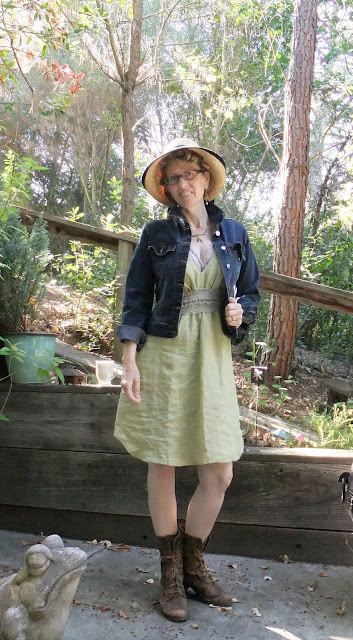 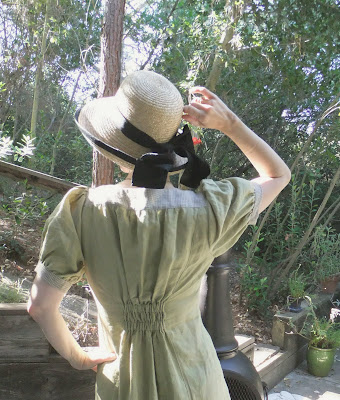 I wore this dress for its first outing on the Fourth. We spent several hours wandering around San Francisco, mostly along the Embarcadero and in North Beach. The weather was perfect, sunny and mild....very rare in SF! How limpid to walk around the city in a little dress. But, as is its way, the wind started whipping up and blowing strongly, so after a long nap in the City Lights basement we returned to the East Bay. 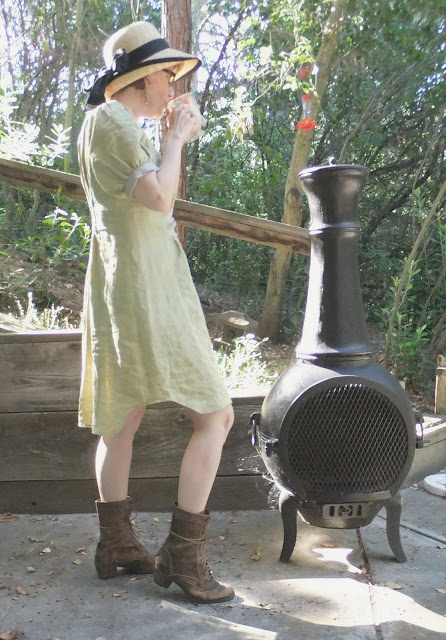 Vogue designer patterns do a great job of staying true to the designer's vision, in this case including a rapidly plunging neckline.  Rather than change the designer's vision, i filled in the neckline with a scarf pinned to my bra. I love the shirttail hemline as well - i've been thinking of using different shirt hems for future versions. One would be the classic straight hem/straight slit, another would be the convex to the concave version of the convex shirt tail shown above (if that makes any sense....)

Enough geometry for one day!

Dress: Rebecca Taylor for Vogue Patterns 1152
Boots: Bass
Posted by tinyjunco at 7:54 AM