I Thought It Would All Be Figured Out By Now... 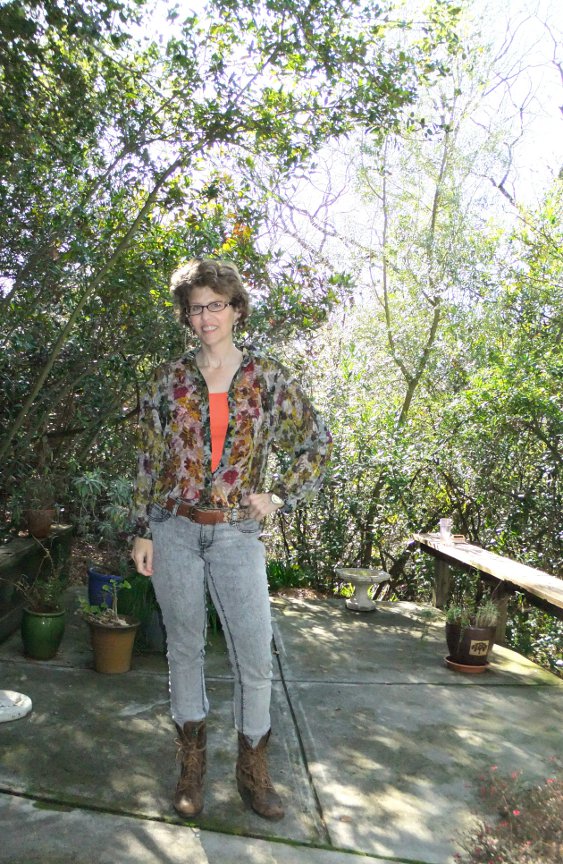 This outfit happened by accident. I wore the jeggings for comfort. I love the orange of this new tank and i'm a 'wear it now' type of gal, so on it went. I'd been wondering how the orange would look with this blouse since the moment i decided to get an orange tank. Finally, when i unexpectedly needed to leave the house these boots were the most obvious choice, as they cover more of the jeggings. 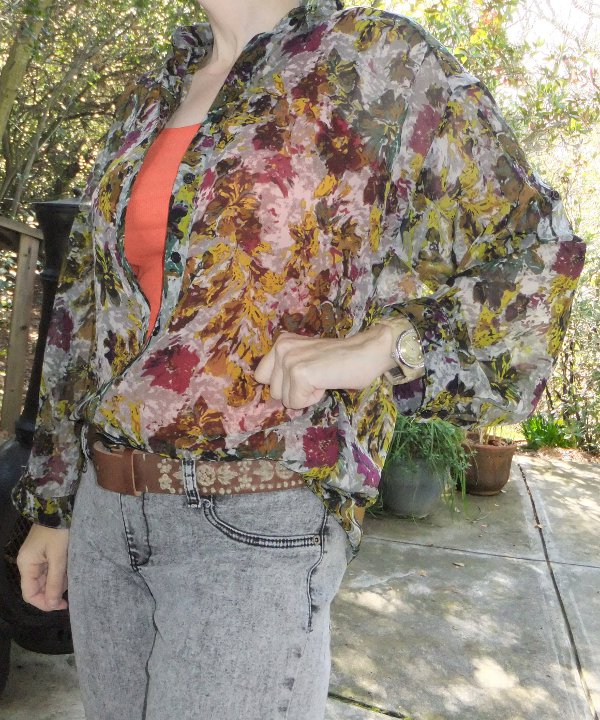 While i was wearing this look, I really liked it. My natural inclination is to clothe myself towards the dressier end of the spectrum, so coming up with a casual outfit that i really liked was a great surprise. I'm also becoming more and more taken with the idea of dressing in accord with circumstances, which for me means casually. When i was younger i'd dress however i liked and happily sported vintage cocktail dresses in burrito shops. But as the years passed, i felt that i'd 'done that' and became intrigued by the challenge of expanding my style spectrum. These days faboo casual looks attract my eye even more than dressy ones do. 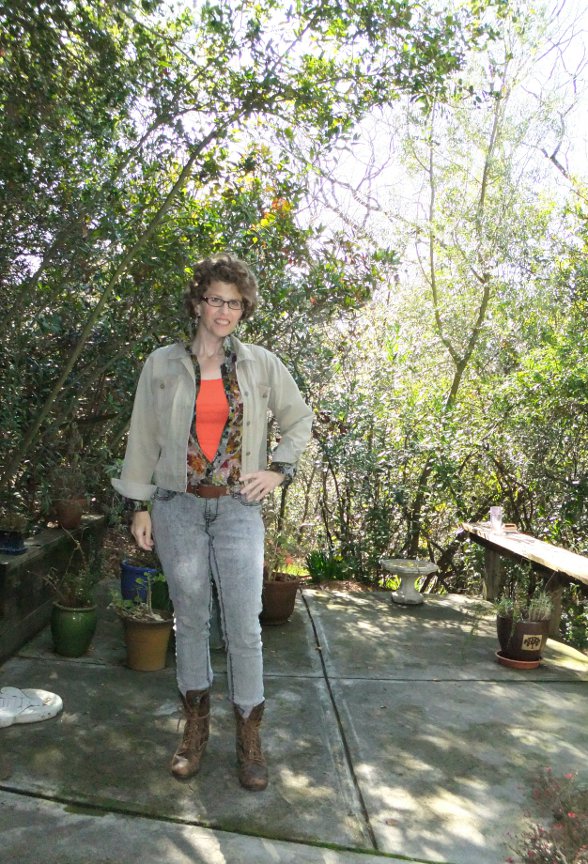 However, something clicked when i was wearing this look. It's been over two weeks since this happened and i still have a lot of unanswered questions about it.  I don't know if the 'click' was due to this particular outfit or if it was just time for that idea to wend it's way into the old forebrain. One way or another, it hit me - i really am capable of having the wardrobe i truly want, in every single area of life - from 'going to the opera', to hanging around the house, to sleepwear - all of it. Now, as many of you know, this has been my expressly stated goal and purpose ever since i started this blog (and before!). In fact, until this realization hit me i didn't even know that i didn't believe it all through my bones.

Like the post title says, when i began this wardrobe project a year and a half ago, i figured by this point i'd have things pretty well wrapped up. I'd have my go-to sewing patterns (altered to fit perfectly), my reliable shopping outlets, i would have settled on a sensible yet fun wardrobe size and be on a 'one in, one out' regime. But this last realization has me feeling a bit 'back at zero'. I know i'm not, yet i also know that i have farther to go than i have already traveled. While this seems like it should be discouraging, it actually feels exhilarating! I see now that i will be able to take my personal style to places i hadn't even considered, to have a much wider range than i thought, to feel totally myself in areas i thought were just not even worth thinking about. 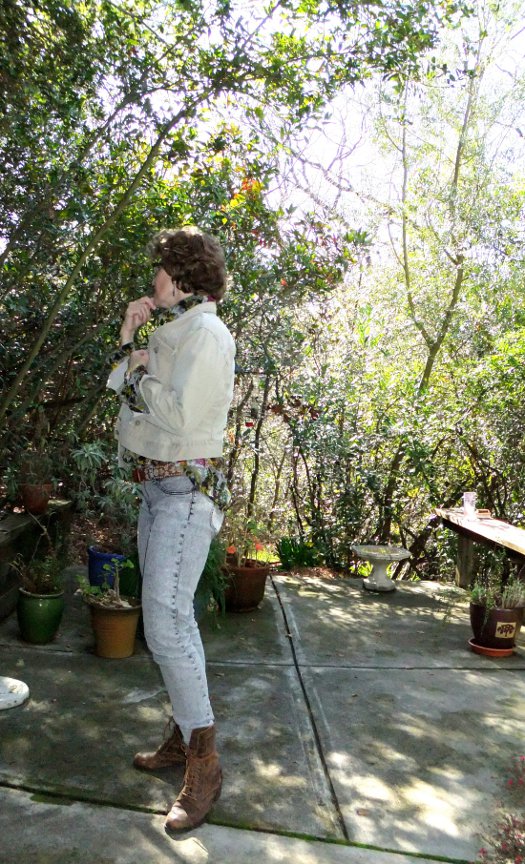 This blog post is pretty unusual for me. I generally have something very definite to say about style and the particular outfit i'm showing. This time, all i can do is let you know that i had some ill-defined insights which were somehow connected (or maybe not) with the clothes onscreen, and which seem to indicate that after eighteen months of considered study of the subject i realize i've barely scratched the surface.

All i can say is that i sincerely hope that the same thing happens to you someday. And if you have already been thus blessed, we want to hear about it!
Posted by tinyjunco at 7:57 AM