Why I Love Angie's Jeans 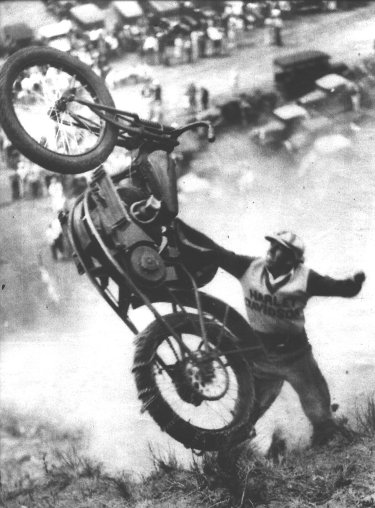 This is my grandfather, mom's dad to be precise. He's finishing an uphill motorcycle race sometime in the 1930's. My Grandpa Boliver didn't just participate in this sport, back then when they raced against the clock, he was US National Champion. For decades this picture has been something of a family crest for us. Of course i love the rugged look of his gear - by now the genesis of my style choices should be ridiculously obvious.

But i don't honor my ancestors just because of a 'cool' look. All of my ancestors had to struggle against terrific odds - poverty, no parents, lack of education, casual and governmental discrimination. But they made it through so i could be here and have the many benefits i enjoy today. They also pursued their own dreams - Grandpa Boliver became a national champion, worked in the pits in the Indianapolis 500 races, and became a stellar auto mechanic. He, as well as all of my grandparents, spent a lot of time in the California wild, camping for weeks out in the Sierra mountains. Growing up, my parents took us kids out camping at least four or five times a year every year, from the mountains to the foothills to the coast. 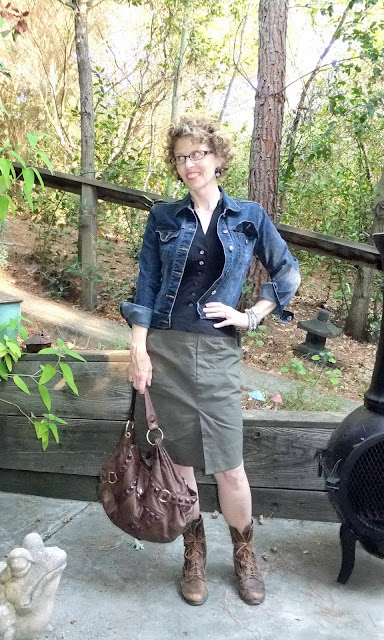 My father's father was also a renowned auto mechanic with a love of natural California and a daring streak (in his sixties he scared a bear off grilling steaks with a rolled up newspaper, clad only in his boxers) . His wife, my grandma, is still going strong and living in her own place at the age of 99. Both she and my mom's mom sewed clothes for the family - i come by that very naturally! My father's mom would ask him which shirts looked good to him down at the local department store (which was too rich for their blood). She'd then go down and check out said shirt, stop by the fabric store for supplies, go home and whip it up. Mom's mom loved to make vibrant, extravagant costumes for mom, who is not such an exciting dresser. Grandmas' huge sombrero, decorated with the major exports of all the South American countries, turned out amazing but i think mom felt uncomfortable with all that attention in grade school.....

I come from a long line of people who love this land, who may not have had tremendous material resources but still put their own unique stamp on the world. Angie's jeans remind me of my grandparents because of the jodphur cut - but even more because the cut of those pants, the person wearing them no matter what others may say, tell us something about the true individual inside.
Posted by tinyjunco at 9:07 AM