Well, i wore my "Olive Cocktail" dress for our traditional New Year's Eve outing to Cesar's. You have seen that dress plenty of times, and it got me thinking about a fun or different way to photograph the outfit. Since i spent most of the time seated, i took the logical route.

Looking at the pictures i couldn't help but notice how twisty my legs look! And after the first couple of shots i found it so distracting that i quite consciously attempted to 'straighten' them out while posing. No luck. I do see models with similar very curvy legs now and then, though on the whole the industry seems to prefer straighter, more angular gams. After taking and scrutinizing so many pictures of myself it's a kick to see  something new! 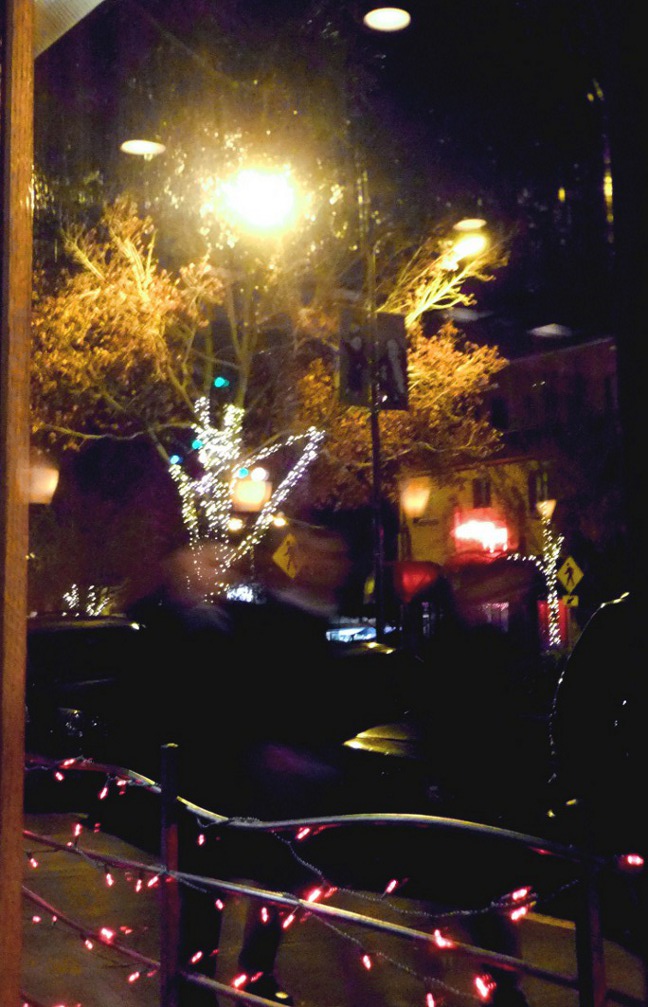 Cesar was founded by Alice Waters' ex-husband and is located right next door to the legendary Chez Panisse (at one point i saw Mr. Cesar retrieving, then later returning, an extra chair from chez next door). The hostess seated us right next to the front window where we could see all the happenings on the street - the limos pulling up to pick up people after their haute cuisine repast, the disappointed would-be Chez Panisse patrons who neglected to make a reservation, the panhandlers, the neighborhood denizens giving poochie his evening constitutional. Combined with the view behind the bar, we enjoyed entertainment galore! 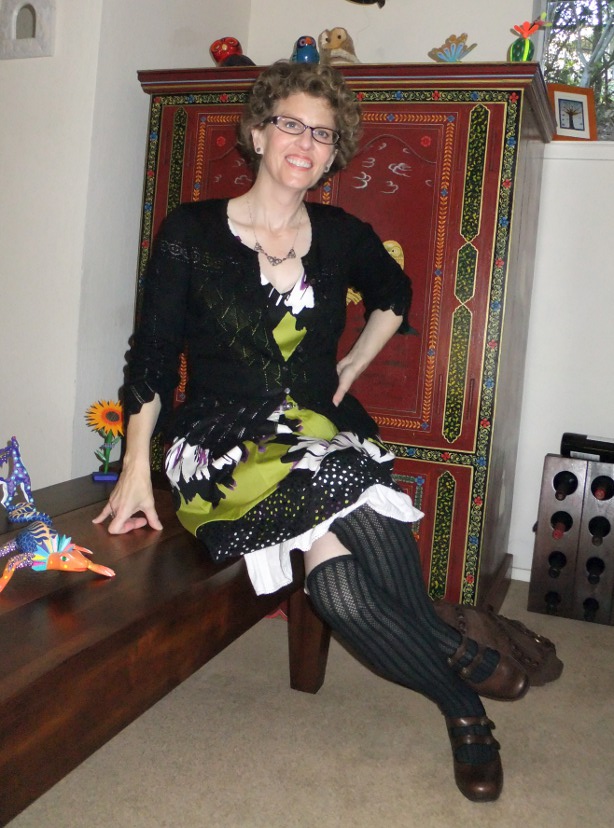 I'm chuffed that these pictures finally convey some of the charm of this Peruvian Connection sweater.  Most of the time it just comes across as a black crew neck cardi (yawn.....). But in reality it's composed of several wonderful stitches witih plenty of openwork in various designs. And can you beat the zig - zag edging on the hems!

Mr. Cesar likes to make the lovely co-eds of UC Berkeley feel very welcome at his establishment, and they return the favor with sequined miniskirts, metallic bustiers, lurexed spandex. I have to say i felt a wee bit dowdy and out of place there off and on, with my cotton stockings, button up cardigan, and leg-enveloping skirt. As i was fanning myself our host stopped by to top off our drinks, remarking, "I love your fan - it seems so southern!" 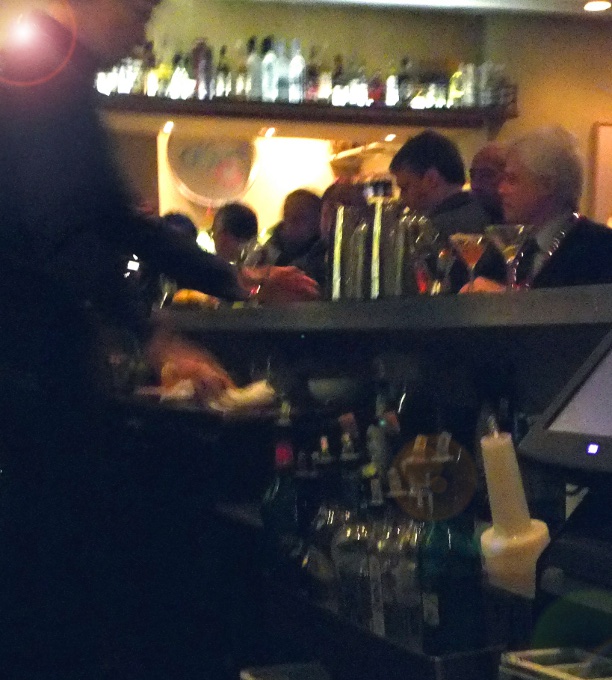 I didn't have the heart to tell him it was menopause. The odd thing about my vague discomfort is that most of the people frequenting this establishment are my age or older, mostly locals with intellectual/artistic/cultural interests.  In other words, not all that different from me. Do you ever feel out of place at places where you can't really see any 'rational reason' for that feeling? I don't think my feeling had that much to do with style or dress, but i'm curious what you think anyway!