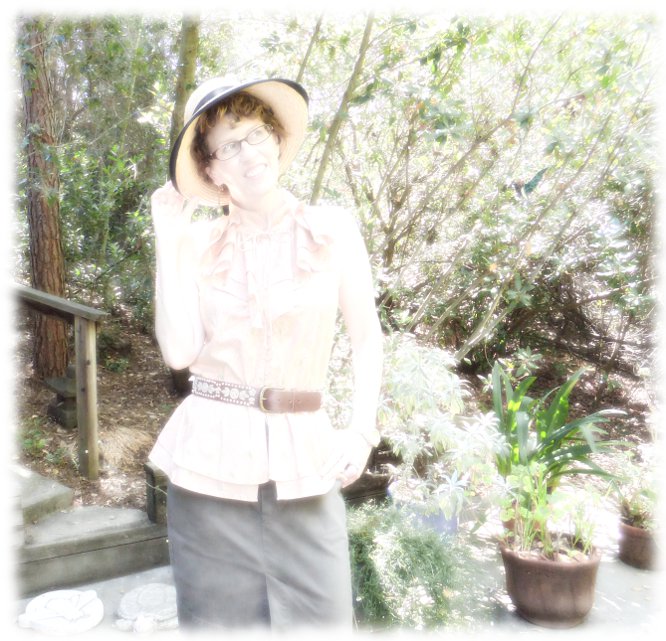 Just a nice, springy feeling outfit for going to visit the optometrist (she's an opthamologist as well). I'm glad i wore this when i did, we've had cool, breezy cloudy days since.  I will be ordering my wonderful new prescriptions sunnies next week! I have blue, dry, cataract-ridden eyes. That's the trifecta for sun sensitivity as far as eyeballs are concerned. I cannot wait to have my peepers enveloped in tinted, breeze-blocking goodness.

Not much to say on the outfit, but am having a weird experience. I just found out what an ex-boyfriend of mine is up to, after almost 30 years.  Now, i haven't been carrying a torch or evaluating everything my husband does in terms of how 'bunnyface' behaved towards me when i was so young. I hadn't really thought of him in years - until his name started being mentioned prominently in certain media outlets. Of course, three or four (?) years ago when i first came across his name, i thought "That's strange, the same name as bunnyface .....but what are the odds it's him......". Nowadays, with the internet, it's easy as pie to track down any number of people, even those with fairly low profiles. But it had other things to do. 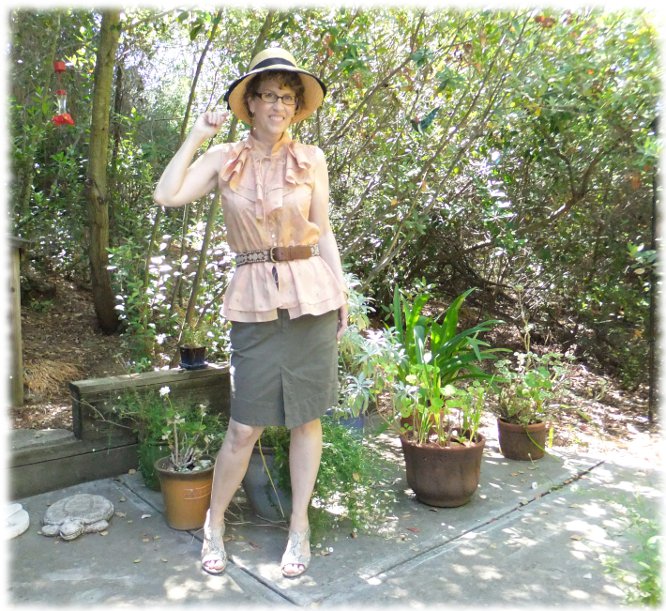 Then last night, i thought "What the hell!" I blame it on my week-long obsession with Andrea Zuill's art and embroidery patterns, which prominently feature rabbits. Whatever the cause, first result had a picture and there he was.

***Can i just say that i wish i was as good-looking as my ex-boyfriends? Honestly! This includes the boyfriend who became an ex- through marriage. Not only is he tremendously handsome, he has a much better wardrobe than i. Certainly in the shoe department.***

Now, it turns out 'bunnyface' is quite successful in his field, awards, prominent job, etc. And it's a serious, establishment type job. Objectivity and neutrality are important, creativity and pushing the envelope are not.  The weird part is what came into my mind next. It occurred to me that, to someone in his position, knowing me would not necessarily be to his advantage, and could even be seen as a disadvantage.

I'd like to qualify the last part. I don't have a felony record or engage in scandalous behaviour. But at the same time, i have nothing to offer a person in his professional arena. And people at his professional level often need to focus exclusively on their professional life in order to maintain it.  Also, my attitudes towards societal norms would be considered suspect in certain arenas of the powerful. 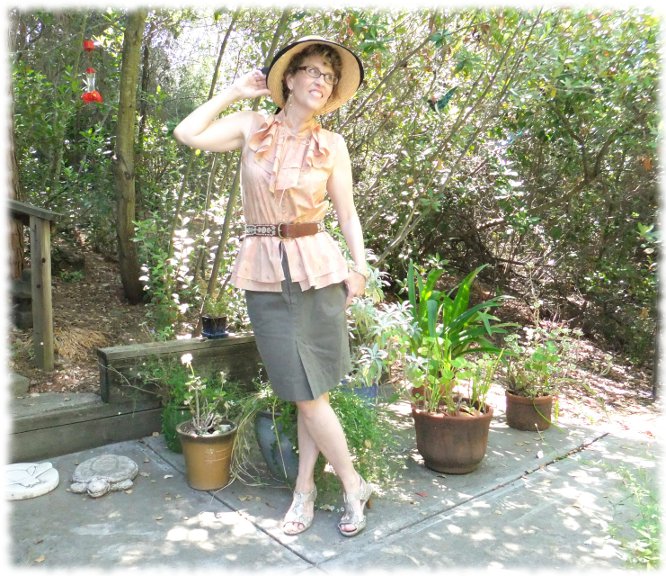 This doesn't mean that 'bunnyface' would react in an unkind or dismissive way were we to meet again. (Which is highly unlikely.) But i don't often have that type of perspective on myself. Not just from outside of me, but outside my entire social circle. I am, and have been for most of my life, a very private person. I've spent literally years bed- and or house-ridden. Hard to get more private than that, especially since most of that time was pre-intenet. My jobs have all been with very small companies. If the world finds out that i make my own clothing out of my mom's old turtlenecks, and that i was one of many women harassed in the dream world by the rinpoche at the Tibetan Meditation Centre where i lived, well really no one gives a hoot. Partly because 'the world', in my case, i snot that many people at all. It's a strange feeling to run up against that part of humanity where these things can be tremendously important.

I can't say my thoughts on this are well-formulated at this point. But it was on my mind and it relates to having a public presence.  And my most public presence is here on this blog. What do you all think? Have any of you had a similar experience, where you saw yourself through very different eyes? How did this make you feel?
Posted by tinyjunco at 6:41 AM