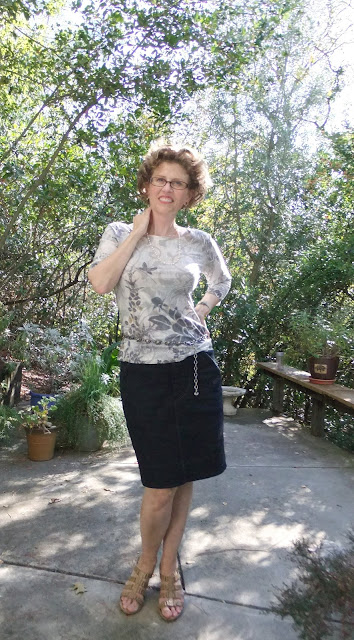 I've noticed over my time as a reader and author of style blogs that there's a nice little controversy over 'how to get the most truthful picture' of an outfit. Should you 'pose' or not, what about camera angles, showing your face, etc. Most people who hold very strong opinions in this discussion seem to feel this way because of two ideas. The first is that they want accurate 'feedback' (from other's eyes or their own) on how the outfits looks. Does it flatter their physical form? In order to accurately judge you need to have an accurate image to work with. They feel that exaggerated poses, cropping part of the body, etc. will distort the image. The second idea seems to be that it is possible to get an 'accurate' image of how all outfits look on all bodies via still photos. This second idea appears to be related to a belief that it's important to be 'honest' when presenting your physical image in a photo. 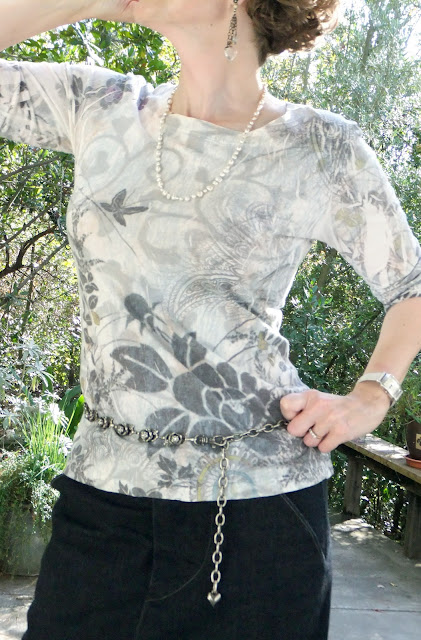 Some of these beliefs are moral or philosophical positions (that you should present an honest image of yourself in photos) and some are practically provable (the camera never lies). Cameras 'see' objects in their own particular way. They record some things and not others and thus are constantly editing. We've all had the experience of certain colors looking very very different in a photograph than in real life. As it turns out, cameras are performing similar but more subtle distortions on all the objects in our world.

This does not mean that photos can't be wonderful tools for evaluating aspects of our appearance. I think they are a god send! But my personal belief is that it's important to keep in mind that cameras and photos are one tool among many - mirrors, friends, video. Seeing as we can't view each other in real life to judge our various 'OOTD' pix against the outfits in real life, i thought i'd post a video for you to compare to some stills of the same look. 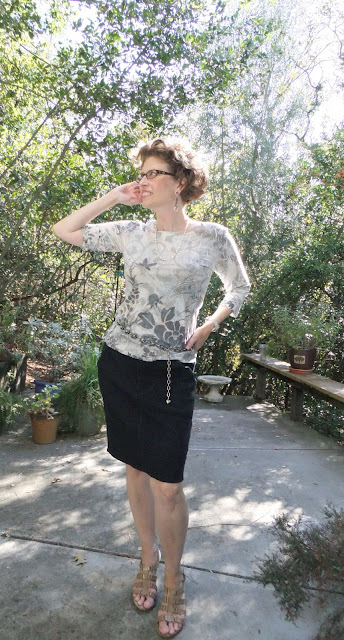 To help you understand what i'm talking about, i'll tell you what i did. I used my regular little camera to take a few run of the mill still photos. Then, i took two video clips using the same camera in the same position.  Finally i switched back to still photo and took some detail pix.  This camera isn't a video-alone cam, so the sound is weird (i've no clue why the sound of the radio goes up and down) and the re-focus as i move toward and away from the camere isn't lickety-split.  I did not download the biggest file possible to YouTube, so a bit of clarity is lost.  But not enough to influence what i'll point out to you next.

Compared to the still camera pix, the video downplays the pearl necklace and plays up the waist. Looking at the still photos I'd be tempted to call this a 'waist-surrendering' look. But when i'm on the move, the top moves as well and showcases the waist. The earrings and chain belt move a lot in real life and the video catches this (of course the still camera cannot - unless i really slowed down the shutter so these items blurred). Also, the video captures the glasses sliding down my nose, me pushing them up, me making faces, radio continually on in the background.

Is one of the media 'more accurate' than the other? I can't say. Probably both together give a better feel of how this outfit looks on me. I will also note that other types of clothing (very floaty fabrics for example) will 'look' much more different in still photos than they do in real life. I hope this post gives you a little more insight as to how you can use different techniques to evaluate your own looks. Also, maybe it gives you a feel for all the information you might be missing when you only have a single still picture by which to evaluate an outfit.

re: my hair. i've been growing it out a bit, thinking about trying an a-line bob.....but after seeing pix and video from my earlier, shorter look i'm cancelling the bob (which has never worked in the past) and going straight back to my earlier, much more glam look STAT!!!