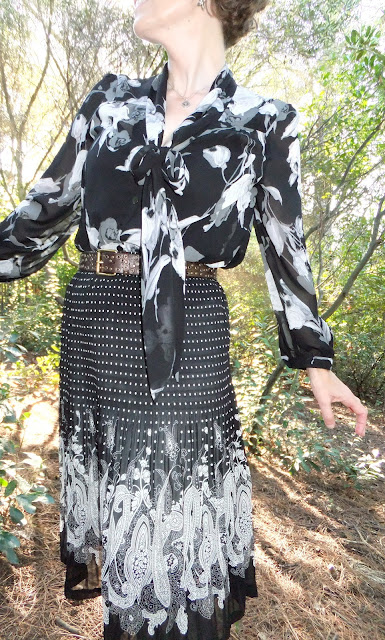 You've seen this blouse here recently. What you don't know is that since i bought it, on September 25, 2011, I've worn it about six times. hmmm, sounds like someone was truly pining for a ladylike pussybow blouse! And in newtrals, no less..... 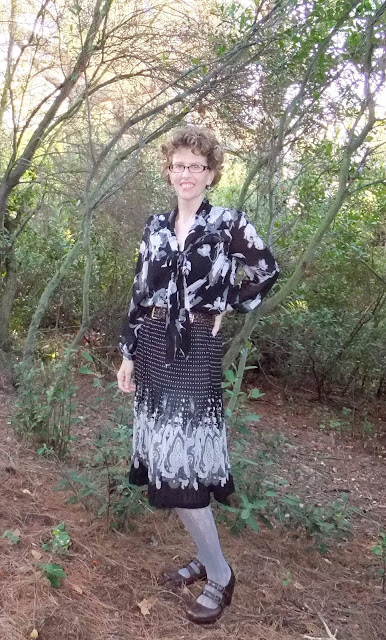 This outfit was a pretty obvious one. In fact i plotted it on BART as we made our way home from the city, Nordstrom bag in hand.  My favorite aspect of this look is the complete contradictoriness it embodies. It's a very reto-sixties lady like 'dress', straight out of Belle de Jour, while at the same time it is a blatant example of outrageous pattern mixing. Nothing more fun than inhabiting two opposites quite comfortably at once. 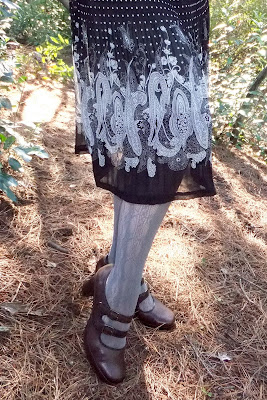 These Betsy Johnson tights weren't my first choice - i came to them through a process of elimination. But in the end i like the way they pick up the geometry of the skirt and the mid-grey tones in the roses. The waistband on these tights is the most brilliantly hothothot pink i've seen since 1967!!! It has Betsy Johnson's logo name woven in the fabric - very fun, but it does bleed in the wash. They have to bathe alone in the sink, like cats. 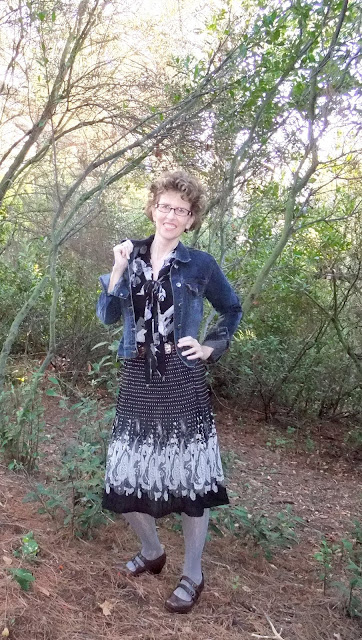 Another reason i've been reaching for this blouse every other morning is the way it mixes with denim. Just like they were made for each other. It's hard to imagine a better piece to work into Angie's 'Smart Casual' formula. Another Bobeau blouse look to come this weekend - and a round of applause for Mr. Eccentric, our most excellent in-house personal stylist.

Posted by tinyjunco at 3:09 PM