Went to the Dickens Fair on Saturday - i didn't wear my typical Edwardian-style costume, as i was bursting out in sweats on and off. It was too hot and uncomfortable in a waist cincher, bustle, tights and petticoats. So i went more 'time-traveller' (fair lingo for 'steampunk') style. As it happened, i dressed largely out of my workaday capsule, even though it was Saturday and i could wear whatever i wanted.

On Sunday the root of the sweats became apparent - stomach trubbles. I'll spare you the details, as well as my outfit (jammies). 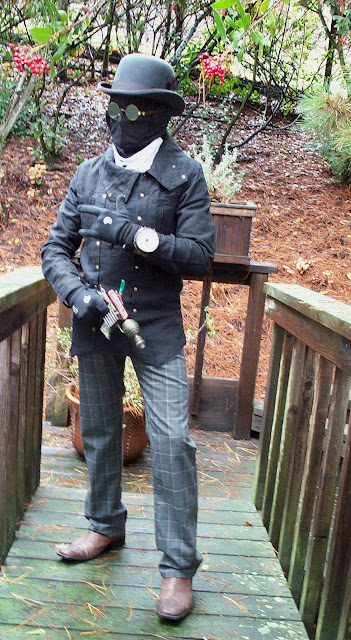 My escort was the belle of the ball. He didn't speak, just tip-toed about looking extra-ordinarily un-conspicuous. 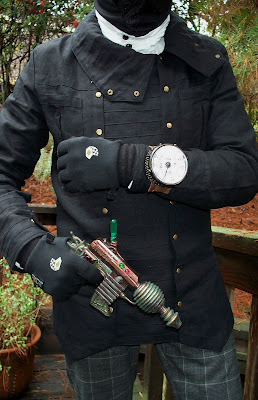 I heard many rumors: "You can take his picture, but it won't show up in your camera." "He has to wear all of that because he's invisible, otherwise he won't show up." 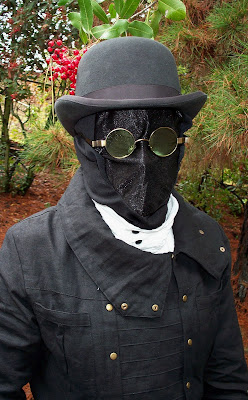 No rumors were confirmed. 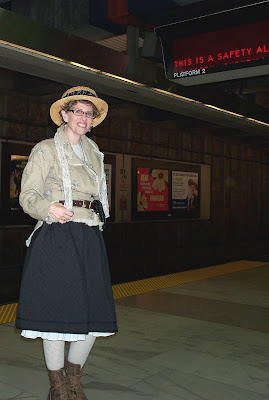 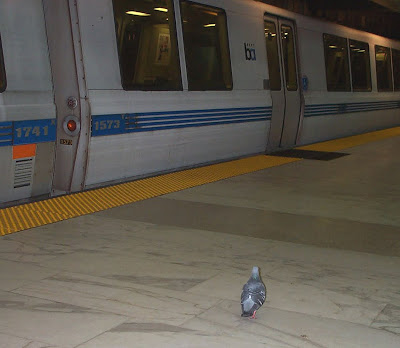 Everyone was taking BART, it seemed. 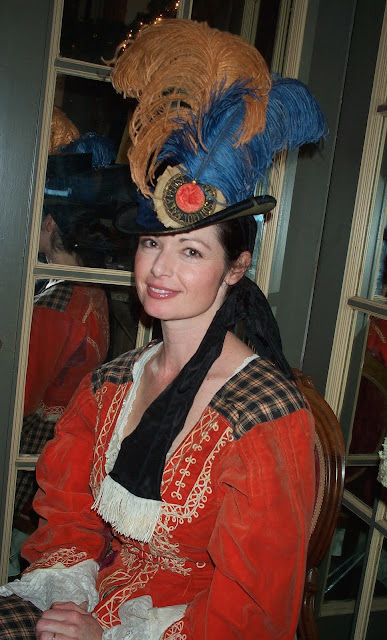 This gorgeous feathered creature occupied a booth at the Fair entitled "Monarchy of the Absurd". She creates the best top hats on planet earth out of antique materials. She graciously let me take a bunch of pictures in her booth, including the one of me at the top of this post.  Sadly, the hat is still hers. But i do have more pictures! I'll post them 'in time', after i finish my post about another wildly unique and captivating vendor who i met at the recent KPFA Crafts Fair.

Contact Michelle Aralica at michelle@monarchyoftheabsurd.com.  Ms. Aralica plans to show her hats at the Edwardian Ball in San Francisco, January 21-22, 2001 for those of you in the area.

Posted by tinyjunco at 9:07 AM